The Round Table • September 27, 2016 • http://www.mhsroundtable.com/featured/american-horror-story-season-premier/ 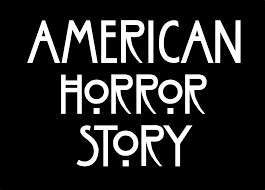 Every year, the creators of “American Horror Story” bring some sort of mystery to the newest season of the show. On Sept. 14, the horror show’s sixth season premiered and fans were thoroughly shocked.

The creators chose to keep the theme of the show a secret until it premiered, posting teasers of multiple themes and asking the fans to choose which theme they thought it would be. The videos included themes of aliens, insects and classic horror movies among many others.

However, fans were delighted to find out (and not to mention slightly terrified) that the newest installment of the show’s theme is “My Roanoke Nightmare”, based off of an island off the coast of North Carolina where a group of settlers mysteriously disappeared in the 1500s. No one ever found the Lost Colony and the mass disappearance continues to boggle the minds of people today. Legend has it that the spirits of the 115 colonists continue to haunt the ground.

The theme came across through a documentary-type episode in which interviews with the characters were conducted as they told their story. Before each commercial break, a graphic of a tree appeared with the words, “My Roanoke Nightmare” written below it.

The episode started out with the usual viewer discretion screen followed by one stating, “The following story is inspired by true events.” This was the first sign that the season would truly be darker and scarier than ever, which is what AHS Creator Ryan Murphy explained to Young Health Mag in an interview earlier this year.

“The next thing we’re crafting is very, very different…Not smaller. But just not opulent. More rogue and more dark,” he told reporters back in May. Never before has AHS’ plot been based off of real-life events.

As the show continued, two people were being interviewed about a horrifying experience they had. One character is Shelby, portrayed by Lily Rabe (who acted in the first four seasons of the show) and the other is Matt, portrayed by AHS first-timer Cuba Gooding Jr. The documentary follows the story of the couple, starting where the strange things began to occur: when they first bought an old farmhouse on a huge piece of protected land.

Odd things happened as soon as they moved into their new home. These included seeing farmers with pitchforks and torches that would disappear and reappear, teeth falling from the sky and a dead pig landing on the doorstep. Freaked out as ever, Matt calls his sister (played by Angela Bassett) who is an ex-cop to come and protect Shelby. Unfortunately, the two women had never really gotten along, which made for an interesting story when the unexplainable began to happen again.

The premiere didn’t give away too much of the plot, but it effectively created many paths of which Murphy could take the season and created much suspense for the show’s avid fans.

Aside from the mere happiness of the show’s return, the episode itself was a bit disappointing only because it was very different from all the other seasons. The documentary bits of the show are something the creators have never attempted and the characters talking straight at the camera just doesn’t seem to fit in with the show’s style. It will be interesting to see how the writers use this to try and make the audience connect with the characters better. The audience may learn to like this different style with the release of more episodes.

The acting out of the story between interviews was amazing as always. Sarah Paulson, one of AHS’ most well-known recurring actresses, played a young version of Shelby in these portions. Paulson is a show favorite and never gives a disappointing performance.

Other recurring actors include Evan Peters, Kathy Bates, Dennis O’Hare and Wes Bentley, none of whom appeared in the premiere. Will anyone be returning as a familiar character? Only time will tell.

AHS fans are also trying to find out how this season will tie to the others, as Murphy has already shown numerous ways of how they’re all connected. Few possible connections have presented themselves thus far, but there is already at least one possibility.

In the first season, “Murder House”, one episode involves a man who is afraid of the “Piggy Man.” He was convinced that if you went into the bathroom, turned out the lights and said, “Here, piggy pig pig” in front of a mirror, then the half man-half pig hybrid would jump out of the shower to kill you. In the premiere of AHS Roanoke, a distorted view of a man-like pig figure is presented in the woods, which could maybe be the infamous monster from season one.