The Round Table • June 4, 2017 • http://www.mhsroundtable.com/featured/mhs-newest-sga-officers-chosen-as-election-comes-to-a-close/ 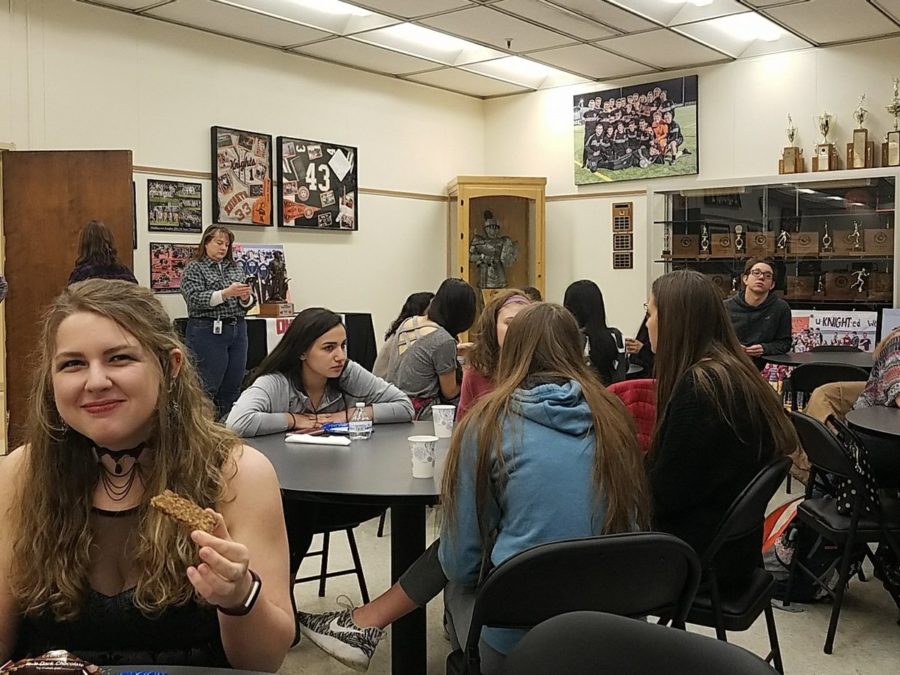 By Kim Fleming, Round Table reporter

The election results are in. Middletown High School’s 2017-2018 SGA officers are as follows: MHS junior Erin Cowan as SGA President, MHS junior Lydia Chance as SGA Vice President and MHS junior Lily Mueller as SGA Secretary. With the 2016-2017 school year coming to a close, these soon-to-be-seniors are excited to make their impact in the school.

“I’ve come up with a lot of different ideas because SGA is a whole group process, not one single person is doing all these things. This year I want to be able to head start programs and delegate things to the amazingly capable people in SGA,” said Cowan in regard to her vision as president.

As part of their mission as the head of the SGA, Cowan, Chance and Mueller all wish to increase the participation in the student government at MHS through a variety of activities that provoke student involvement. Ideas presented so far have included regular videos for the announcements, pizza parties, and even a talent show, though nothing has been set in stone.

“There was only around a little less than 200 people (that voted in the election), and that’s only 16-percent of our school and I feel like that could’ve been more,” said Mueller.

Chance agrees with Mueller, saying that “it was mostly friend groups voting” and the candidates tried to “pull people from all different grades” during their campaigns, encouraging students to vote by means of QR codes left on lunch tables, promotional videos that ran on the morning announcements and simply by word of mouth.

In addition to student participation, the officers intend to address key issues within the school in order to make it the best environment possible for students.

“Since I’ve been to some of the SGA meetings, I know what some of the issues are (and) I know some things that we’re trying to do,” said Cowan, who aims to personally reach out to students to obtain feedback about what her constituents believe is best for the school.

Chance is excited to take to her position in power “not only get my ideas out, but to see them actually follow through.” During her first three years of high school, Chance has served as the only member on the SGA’s public relations committee as well as a member of the general assembly that participated in volunteer activities after school.

Mueller enjoys her time spent in the SGA and being surrounded by her peers.

“I’m one of the more involved people in it…I already had a chair position this year and I like being involved,” said Mueller.

For students wishing to become more active in the student government, they are encouraged to attend meetings and to talk directly to the SGA officers.

“Besides just the club day meetings, we have meetings after school every Thursday that everyone’s welcome to come to. It’s the executive board meetings but everyone can still come, and that’s where we talk about the nitty gritty and we’re brainstorming and we keep coming up with ideas,” said Cowan.

Cowan also feels the pressure of the “big job” she has been chosen to uphold.