The Round Table • December 1, 2016 • http://www.mhsroundtable.com/featured/the-crown-gives-accurate-look-at-past-royals/

‘The Crown’ gives accurate look at past royals 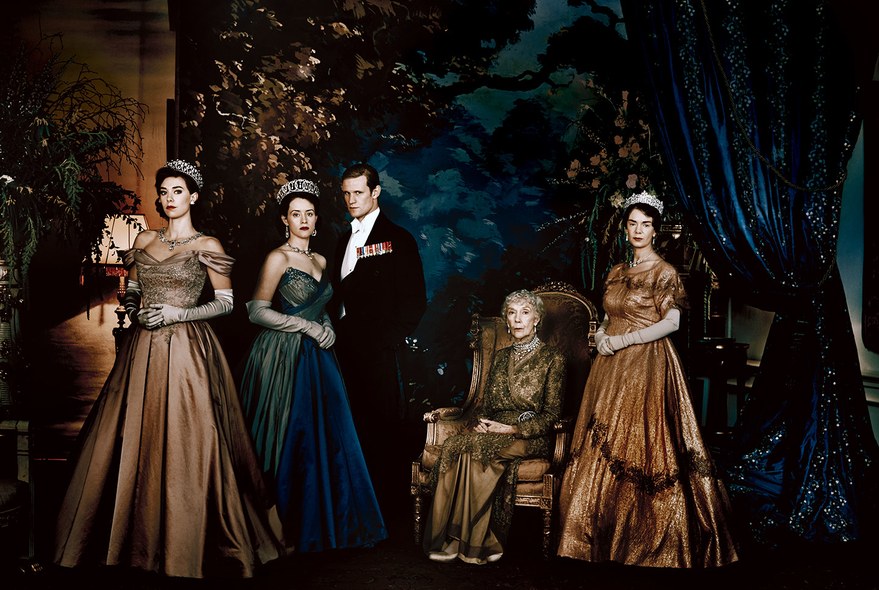 The cast of "The Crown" pictured at Lancaster House in London.

“The Crown” is another drama series based primarily off of history that is executed almost perfectly.

This show, much like Netflix original series “Narcos”, follows historical events to create a TV drama that keeps watchers not only interested, but informed. The show is relatively accurate in detail, and though only Queen Elizabeth II’s first two children are shown in season one, it depicts the early aspects and struggles of her crowning and family.

The opening scene is slightly dramatic. We see King George VI coughing up blood, though he is only mildly concerned and the show carries on. We go on to witness The King name Philip, Elizabeth’s soon-to-be husband, the Duke of Edinburgh. Directly after this scene, we witness him and Elizabeth banter about his smoking, foreshadowing struggles their marriage may hold.

The first episode carries on this way; we watch the tense marriage begin as Elizabeth struggles to repeat her vows and we witness all of the talk that the family has of it. Pictures are taken and gifts are given as the episode comes to a close. The last scene is a significant one, as the new married couple and the royal family walks out onto the balcony to greet their subjects.

Episode two centers years later around Elizabeth going on tour for her father due to his declining health and features her first two children, Charles and Anne. Three quarters of the way through, King Charles VI dies and the show begins to pick up a bit.

The show features the story of the royal family and leaves out no aspects. It shows the true burden of the crown and the responsibility it brings. Creator Peter Morgan does one of the hardest things to do in current television, as he begins to add real-life drama to historical events.

Throughout the first season we not only see the struggles between Queen Elizabeth and her husband, but we see side stories of some of the main characters, especially revolving around the Queen’s younger sister and the affair she is having with her father’s right-hand man.

As the season carries on, we do get slight sparks of drama throughout the show, but episodes tend to be anticlimactic and drag on a bit. We see sparks here and there of interest, especially pertaining to the struggles the new queen faces.

There is an accurate description of the royal family, and how Queen Elizabeth became queen and before the King died, we saw the influence that he gave to her. But, other than some of these special moments, it tends to be boring and the first few episodes of the season make it difficult to remain interested.

Besides the slight struggles the plot holds, the series still has a lot of potential. We do see bouts of potential drama and the accuracy of the season is dumbfounding. And through all of this, it is directed in the most wonderful way.

The season makes you feel like you really are in the time period of the 1950s with the royal family, and even shows the luxurious ways in which they are treated. The actors are amazing, and really do pull through in their performance, making the series seem almost real.

Through and through, the series impresses their audience. Not only through the struggles of real-life couples, but through the way that the Queen is portrayed, and her determination to do the right thing. Though there is a slight lack of drama, the season was executed quite well and does end leaving you wanting more.

Overall, “The Crown” is a show worth watching, and holds extreme potential. It is not only accurate, but also inspiring as we see the Queen pull through over and over again.