The Round Table • March 3, 2020 • http://www.mhsroundtable.com/roundtable/news/middletowns-current-economics/ 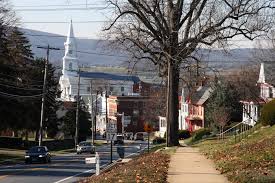 Middletown is financially thriving based on an audit reviewed by the burgess and commissioners at its town meeting on Feb. 27.

Middletown has had more than $1 million in improvement, connection and capital improvement fees. Middletown’s debt has also been decreased by $740 thousand. The overall net position of Middletown has been increasing over the past few years.