The Round Table • October 8, 2020 • http://www.mhsroundtable.com/roundtable/news/voting-in-the-2020-election-during-the-pandemic/

Reaction: Cast your vote during the pandemic 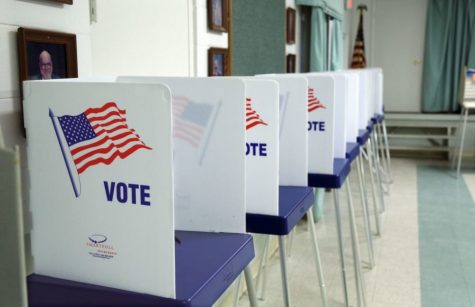 With election season rapidly approaching, Mail-in voting is going to be very popular due to COVID-19, many problems are predicted to arise with mail-in voting. Some members of the community share how they will be voting.

With mail-in ballots being mailed to every eligible United States citizen, a lot more people are going to be voting by mail, while some will continue to vote in person. Anybody who is voting in person this election should be aware of the COVID-19 precautions, they should be wearing a mask and staying 6 feet apart during the voting process.

Residents of Middletown can vote in person at the Volunteer fire department outside of the primary school.

When I asked the Alumni about any precautions they will be taking when voting at a polling station, Parker Baer said that “I will be wearing my mask and obeying all rules and regulations that are required for in-person voting” Anybody voting in person should exercise safe voting.

There will be a lot of first-time voters, and first-time mail-in voters, Crompton being one of them. He said that voting by mail was “a simple and convenient way to vote,” but he was unsure whether he would continue voting by mail because he likes the idea of “going to the polls to fulfill my civic duty.”

With mail-in ballots being sent to every eligible citizen in the country, people are predicting that voter turnout this election could be very different from the turnout of past elections. Some people also think that the post office could be overwhelmed with all the mail and does not have the proper infrastructure for all the ballots.

When asked about the delay from the mail-in ballots, Baer said that there will be more chance for human error and ballots being lost with so many ballots coming in. Both Sebastian Dan and Crompton said that we will probably not know who is president on election night, but as Crompton put it, “historically in most of our elections we have not known the outcome on election night.”

A lot of people share the belief that the incumbent president is going to cause a contested election if he does not win and if this does happen it will be very interesting to watch unfold.