The Round Table • March 4, 2019 • http://www.mhsroundtable.com/roundtable/opinion/review-first-date-at-other-voices-theatre/ 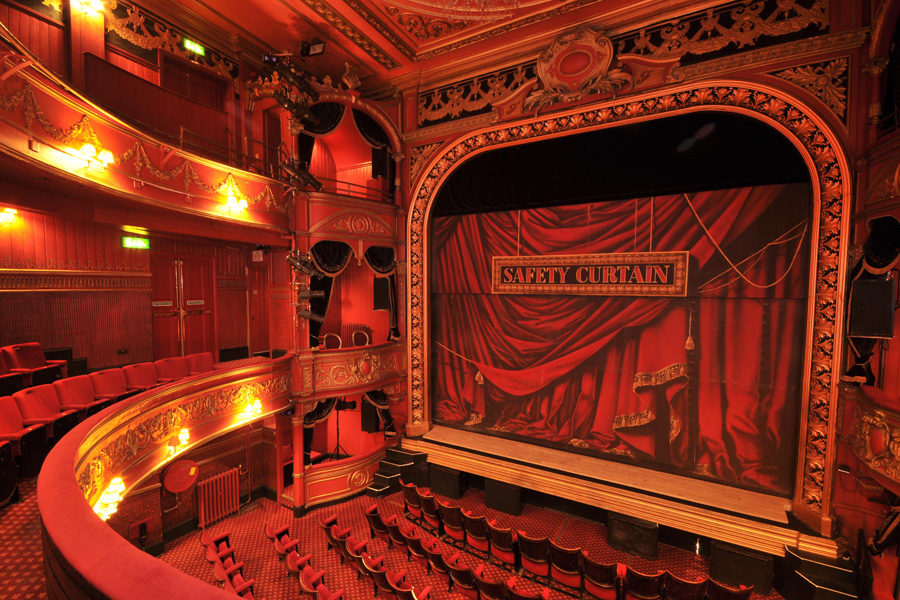 Many people have been on a first date, but has it involved a singing waiter, memories of an ex-fiance, a gay best friend calling multiple times, and the ghost of a jewish grandma. Probably not in most cases. However, that’s the plot of the musical, “First Date”, which recently performed at Other Voices Theatre in Frederick.

The show follows a blind date between Aaron, a quirky, nervous “Blind Date Virgin,” and Casey, an angsty yet reserved blind date veteran. Throughout the night many disruptions occur and hilarity surrounds the couple. The question within the show is whether they will be “something that will last.”

The wonderfully written show written by Austin Winsberg, matched with the incredible music and lyrics by Alan Zachary and Michael Weiner, leaves the audience with smiles on their faces as they leave the theater.

Directed by Susan Thornton, “First Date” transforms the 114 seat theater into a fun lounge for the couple, played by Katherine Worley and Nicholas Cox, and everyone in the audience that includes a TV screen and multiple strings of lights above the audience.

Although the show has a small cast of only seven people, many play different characters that add a new level of fun to the entire show. Ranging from a musical waiter to uptight sister to future son, the performers put their own twist on each character they portray.

While many go for the sheer enjoyment of a musical, the technical aspect of the show was astounding. The remarkable light design by Steve Knapp elevated the show to a new level. In the song’s “Bailout 1,” Bailout 2,” “and “Bailout 3,” the multi-colored lighting made it feel as it people were at a pop concert rather than a musical.

The performances of Worley and Cox were beautifully played that would make audience members laugh, cry, and occasionally become frustrated for choice they had made. “Safer” and “The Things I Never Said” are two beautiful songs that pull at every emotion when the show takes a more serious tone from all the light hearted humor.

Performers Thomas Bricker, Stacy Carroll, and James Funkhouser brought each of the male characters to a new light. Bricker, who played Reggie, Casey’s gay best friend, and Casey and Aarons future son, brought a joyful feel to the show from a few panic attacks as Reggie. Carroll, who played the Waiter, Casey’s therapist and father, gave a magnificent performance of “I’d Order Love” that had audience members in stitches only wanting more. Funkhouser, who played Gabe, Aarons best friend, and Caseys ex-boyfriend, surprised audiences when he brought out his guitar for the song, “Awkward Pause.”

With the male characters came many brilliant female characters played by Tori Weaver and Taylor Knapp. Weavers performance as Alison, Aarons ex-fiance, and Google, made audiences love to hate the character of Alison and added a nice laugh as Google in “The World Wide Web is Forever.” Knapp, who played Lauren, Caseys uptight sister, and Grandma Ida, left audiences laughing as she performed as Grandma Ida in “The Girl For You.”

Although the show is a comedy, and rightfully called so, some moments are intense and extremely real for many people from losing a loved one to feeling alone in the world. The show gives hope to anyone who has those challenges and keeps audiences laughing throughout.

The wonderful musical comedy allowed for audiences to leave the world and enter into one where humor surrounded everyone. Though the show had an extremely short run on Broadway, the show should not be one for people to miss.