The Round Table • November 25, 2015 • http://www.mhsroundtable.com/the_latest/grandfathered-may-have-an-old-script-but-the-cast-keeps-it-young/

Grandfathered’s premise is old and tired 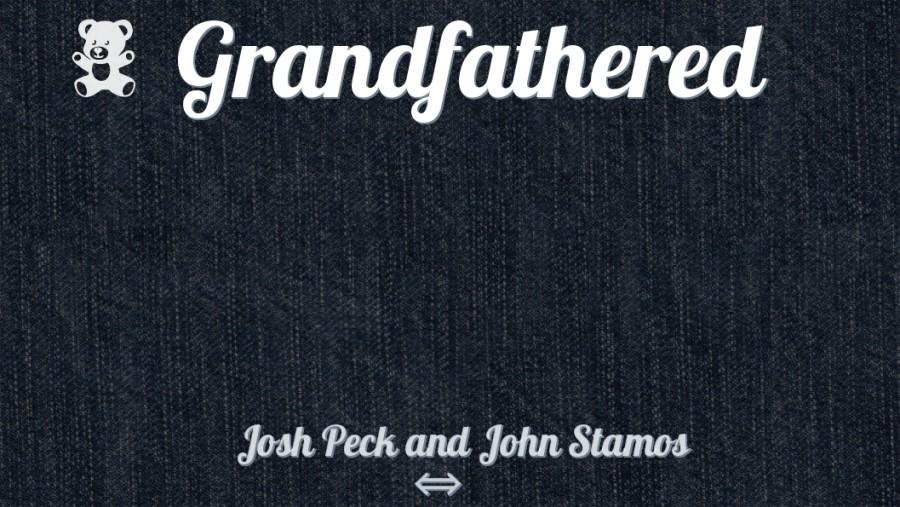 The title of the show and the actors in it.

By Bridget O'Toole, Round Table reporter

“Grandfathered,” the title of the new Fox sitcom, seems very fitting for the show with its old and cliché plot. Keep in mind, every time they visit, you get a little treat.

The show begins with Gerald, played by Josh Peck, finding his dad, Jimmy, played by John Stamos. Gerald surprises Jimmy not only with his existence but also with the existence of Jimmy’s granddaughter.

Jimmy responds similarly to how other fathers would – first he denies it, next he faces it in anger, then he tries to find a way out. Finally, he embraces it and attempts to take on the role of not only fatherhood, but also grandfatherhood. Stamos shows his transition from not wanting a family at all to becoming the ideal family man in a brilliant span of 22 minutes.

Peck and Stamos were both typecast, much like some of their previous roles. One of Peck’s most famous roles is in the hit TV show “Drake and Josh,” where he plays the socially awkward and unlucky brother.

He plays a role that’s quite similar to that in “Grandfathered.” His best friend is the mother of their child but only views him as a friend and, predictably, he sees her as a potential lover, but he can’t quite express it. He looks to Stamos for help with the girl.

Stamos is written to be the confident, flirtatious man who could swoon any girl even though he is a 50-year-old bachelor. This is much like the other roles he plays, such as Jessie in “Full House.”

Stamos and Peck are exceptional actors and fun to watch, but the script they follow is extremely unfortunate. The plot doesn’t have room to develop into anything that would keep a viewer drawn in.

Although the show’s plotline is anything but different, the script includes some modern things.. At one point Peck explains why he wanted to meet his dad – he was looking through a Buzzfeed list titled “28 Reasons Why Having a Dad is the Best” and by number 12, he was in tears.

Overall, this show deserves three out of five stars. It lacked a creative plot, but the actors do a phenomenal job pushing their way through an underdeveloped script.