The Round Table • December 3, 2019 • http://www.mhsroundtable.com/the_latest/review-luke-combs-new-album-what-you-see-is-what-you-get/

Review: Luke Combs’ New Album “What You See Is What You Get” 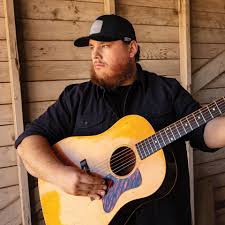 On Nov, 8, 2019, country singer Luke Combs released his newest album with seventeen new songs. His fans were pleasantly surprised by the release of “What You See is What You Get.”

In this new album, Combs refers back to his roots with some nineties sounding country songs. His songs such as “1,2 Many,” “Lovin’ On You,” and “What You See is What You Get” take a step back from modern country and into old honkey-tonk country.

There are a few songs in the album that are Combs’ classical sad country love songs such as “New Every Day” and “Every Little Bit Helps.” Although the rest of the rest of the album has a happier, more fun-loving tone.

His song “Refrigerator Door” is one of his most creatively written out of the album. Taking us on a tour of his refrigerator and all the memories, this song is sure to create nostalgia in the listener.

Overall, this album has a great variety of country styles and appeals to almost every country music fan. For young and old, this album was a hit if you’re looking for a good old country jam session.