The Round Table • January 6, 2020 • http://www.mhsroundtable.com/the_latest/review-you/

On December 26th, 2019, the second season of the show “You” was released on Netflix. Revolving around a psychotic yet somewhat relatable main character, Joe Goldberg, this series keeps you on the edge of your seat.

The first season of the show developed Joe’s character as he fell head over heels for a girl he met in his book store in New York. His immense infatuation for her slowly became obsession and toxicity and then even murder.

In season two Joe tried to forget his past in the city of Los Angeles. He met yet another girl but she was completely different.

Season two of “You” consists of less death and bloodshed yet more psychological depth. It’s twists and turns are even more unexpected than the last season.

Joe falls in love with a girl named Love, crazy coincidence right? Love’s emotionally demanding past ends up matching Joe’s but neither of them realize it for a while.

Joe’s ex-girlfriend also doesn’t make his life much easier. He finds her interfering with his new life but all she wants is revenge and will stop at nothing to attain it.

If you liked the movie,”The Joker” or the Netflix show “Riverdale,” I would strongly recommend this show. It contains drama, romance, and mental insanity, but somehow anyone who has ever experienced infatuation or love, can relate to it. This show is everything toxic and wrong about relationships dramatized and made clear to the human eye. 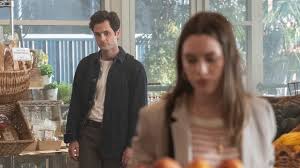