The Round Table • February 19, 2020 • http://www.mhsroundtable.com/the_latest/traveling-to-italy-was-an-experience-i-will-always-remember/

Traveling to Italy was an experience I will always remember 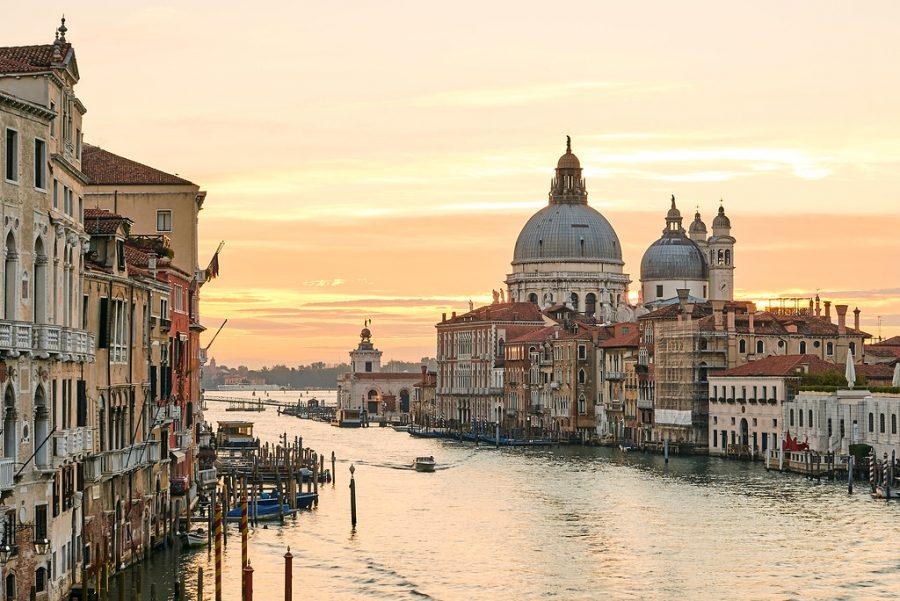 During the summer of 2019, I went to Italy with my family, seeing new features and eating new foods along the way. It was an unbelievable experience that I will never forget.

I was also enlightened by the introduction of gelato to me, which is basically softer ice cream. It was better than any ice cream I’ve ever tasted in America. We ate gelato after dinner every night. It was extremely soft, which appeals to me, and it was sweet, but not too sweet. There was also a very wide variety of flavors of gelato.

As previously stated, pizza, lasagna, and spaghetti were all foods that were much better in Italy than they were in America, expectedly, seeing as they were much more authentic. On all three of the dishes stated, they always seemed to give you just the right amount of cheese and sauce, making them quite delectable, being both sweet and cheesy.

The drinks were also much better tasting in Italy. While I’m not a huge fan of Coke, I had some in Italy and it was extremely good. It was extremely sweet and flavorful; much more so than in the United States.

While the food was very good, I think that the sightseeing was my favorite part of the trip. We saw world-renowned features, like The Colosseum, the Venice Canals, the Vatican, St. Peter’s Basilica, Uffizi Art Gallery, and the Duomo, among some others.

I liked all of the features a lot, but one of my favorites was the Colosseum. The original purpose of the Colosseum was gladiatorial contests and public spectacles such as mock sea battles, animal hunts, executions, reenactments of famous battles, and dramas based on Classical mythology, according to the Wikipedia page about the site.

The main thing that makes the Colosseum interesting is the fact that the people who built it managed to do so with such minimal technology, and how long it has been in existence: its construction was finished in 80 AD after nearly 10 years of construction. Both of these factors made the Colosseum extremely astonishing to be in because of its history.

We also went to multiple art museums, like the Vatican and Uffizi Art Gallery, which have paintings made by some of the most influential people in history, like Leonardo di Vinci and Michelangelo. It was crazy to be in the presence of the works of some of the most well-known people across the world.

Another feature of Italy that I thoroughly enjoyed was the Venice canals. I was mind-blown by the fact that the people of Venice get around only via boat and that boats in Venice are just like cars in the United States.

My favorite part of the trip was going on a bike tour through Florence with my dad as we got to see some of the most iconic features of the city while biking, something I love doing.

It was so hard to plan because there were 13 people who came on the trip and we needed to get tickets for all of them for everything we did, according to Jennifer Schmiel, the coordinator of the trip. Also, we only had a limited time in each city and so much we wanted to see, so there was a lot of planning involved.

“My grandfather is from Italy, but mostly we just thought it would be fun to go there because there is so much history. And we wanted to try the food and see the sites we heard so much about,” Schmiel said as to why she and her family wanted to go to Italy.

While I may want to go back to Italy later in my life to see other things I didn’t see in cities that we didn’t go to, like Naples and Milan, I want to go to Greece as my next intercontinental trip. The beaches there are beautiful as well as some of the other natural sites. The Parthenon would also be an attraction I would want to see.

Due to the amazing food and the historic features, my trip to Italy is an experience that I will always remember.