The Round Table • May 12, 2017 • https://www.mhsroundtable.com/aboutjclub/knights-jousting-out-cancer/ 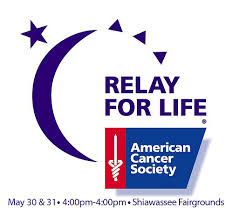 By Ally Pick , Round Table reporter

Middletown High School students will be joining together on May 12 to raise money and awareness for the American Cancer Society through the all-night event, Relay for Life. Located at the Banner School in Frederick, MHS students will participate in an event filled with games, walking, dancing and more.

Relay for Life allows people to either dedicate an entire night, a couple of hours or just donations as participation for the event and contribution towards cancer research.

The event begins at 7 p.m. and lasts until 7 a.m. the next morning.

Participants under 18 must get a youth permission slip signed and turned into Tracey Athey, Key Club adviser, by May 3. Any physical money donations must also be turned in by May 3. Additionally, donations can be digitally kept on the Relay website acsevents.org when signed in with the team account.

Relay for Life is a signature fundraiser consisting of walking around a track, playing games, lighting luminarias and lining the track with them at night, and many other activities.

MHS’s team, Knight’s Jousting Out Cancer, will host three fundraising events: the lollipop tree, a prize wheel and a duck pluck, where a person can pick a rubber duck and win a prize.

Boys can also participate in Miss Relay, a competition in which they wear a dress and try to collect as many donations as they can at the event.

MHS has only participated in this event once before, last year, as a certified team under team leader Abbe Pannucci. Along with the help of the school’s Key Club, Knight’s Jousting Out Cancer has been able to find life in the hearts of several MHS students.

Pannucci, an MHS junior, has wanted to bring the event back to Middletown since her first participation in seventh grade when Middletown Middle School and the high school decided to join together in Pannucci’s seventh-grade year. She hoped to see a Middletown team at the event again ever since MHS stopped its participation as a team five years prior.

“When I was in seventh grade, we did Relay, but it rained. Even though we didn’t get to stay the whole night, I knew that when I was in high school I wanted to get our school to do it again,” she said.

Pannucci, who was diagnosed with cancer six years ago, said that she wants to spend the rest of her life giving back to the cancer community. She stressed that any donation, no matter the amount, is an important contribution.

Other members of Relay also stress the importance of donation and participation in the fundraiser.

MHS sophomore Megan Blumenauer was first introduced to Relay when her mother was diagnosed with cancer in 2011.

Blumenauer says that while she was aware Relay for Life existed during her mother’s treatment, she had only first participated last year.

“My favorite part was the balloon release,” she said. “At the end of the 12 hours, we all put the names of family members and friends who have had cancer on the balloons and released them into the sky. We were all very emotional at that point, so seeing those balloons lift up in one giant group gave us peace, hoping that those who lost their battle were in a better place.”

Blumenauer recommends Relay to anyone. She said that cancer has touched everyone in some way and it is important for everyone to experience the types of people that they are helping firsthand.

Athey said that, in the end, all Relay comes down to is the people on your team.

“You need a good leader, and Abbe is one, and a team that is willing to put in the work,” she said.

Athey said that when organizing the event last year, it simply fell into place with people who were willing to put in the work for a night that will remain in their memories forever.