The Round Table • March 22, 2021 • https://www.mhsroundtable.com/featured/myersville-residents-troubleshoot-in-response-to-waterline-breaks/ 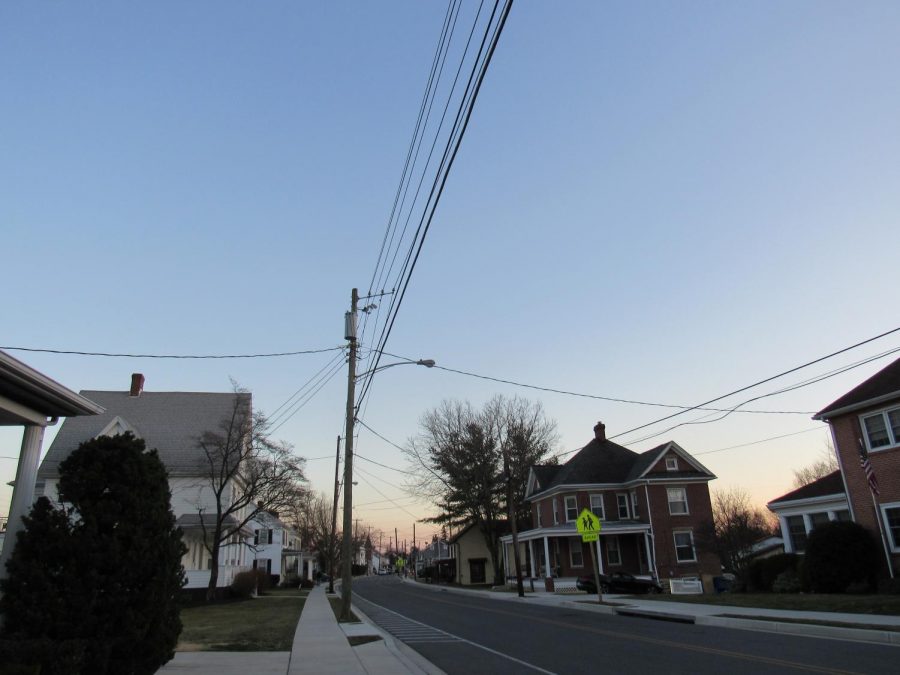 Pictured above is Main street Myersville, the location where one of the two breaks occurred.

By Katie Lucas, Round Table reporter

Early January this year, Myersville residents experienced the effects of two waterline breaks. Both caused the town to send out a notice warning families to boil their water to ensure its potability. This caused mixed reactions within the community and cooperation with the town to get things back to normal again.

The first break was located on Main Street after a couple noticed water entering their basement around 2:00 in the morning. Almost four hours later the town was notified and then contacted Remsberg Family Paving who repaired the leak. This prompted the town to then put out a warning for citizens to boil their water for up to two days.

Member of the Myersville town council, Bob Ziegler, explains “It is mandatory for the municipality to put out a warning that states all citizens may want to boil their water for two days in case any water pumps may have suctioned up any sediment laying on the bottom of the water tower.” The warning is simply to ensure all citizens are consuming clean, drinkable water.

Due to the first break, the town lost about four-hundred-thousand gallons of water. But, because of citizen conservation efforts, the tank was able to be replenished within as little as seventy-two hours. The town used multiple platforms to inform people, including the Myersville website and Facebook.

Middletown High school student and Myersville resident, Colby Rosner, explains how his family stayed up to date, “My mom is part of a facebook group that keeps everyone informed, I think it’s called ‘Myersville Peeps’ ”. This group has over a thousand members and ranges from discussing recent bear activity, to being used as an online yard sale.

The second leak then occurred a few days later in a cow pasture behind the Wastewater Treatment Plant. Town staff members helped search for the leak starting at 8:00 am and discovered it around 7:00 pm. This time the fresh water tank was nearly depleted and the town had to purchase three tankards of water from Darling and Daughters.

When asked about the recent unreliableness in water availability, MHS senior and Myersville resident, Lily Miller, says “My only concern was if I was going to be able to shower that night.” In conservation efforts, most neighborhoods had their water supply cut off temporarily.

This caused families like Rosner’s to go to nearby stores and purchase individual gallons of water. And even after the boil notice had expired, other families including Miller’s continued to boil their water for good measure.

For future reference Ziegler also mentions “If you call town hall, we have a water emergency contact listed as well if a citizen spots a leak, water coming up through the road or sidewalk, or an extremely wet area”.

Thanks to the cooperation and patience of the Myersville citizens, the leaks were repaired and the freshwater tank was replenished in both instances.