The Round Table • January 18, 2019 • https://www.mhsroundtable.com/featured/opioid-impact-reaches-middletown-community/

MHS alumni shares her story of addiction and recovery 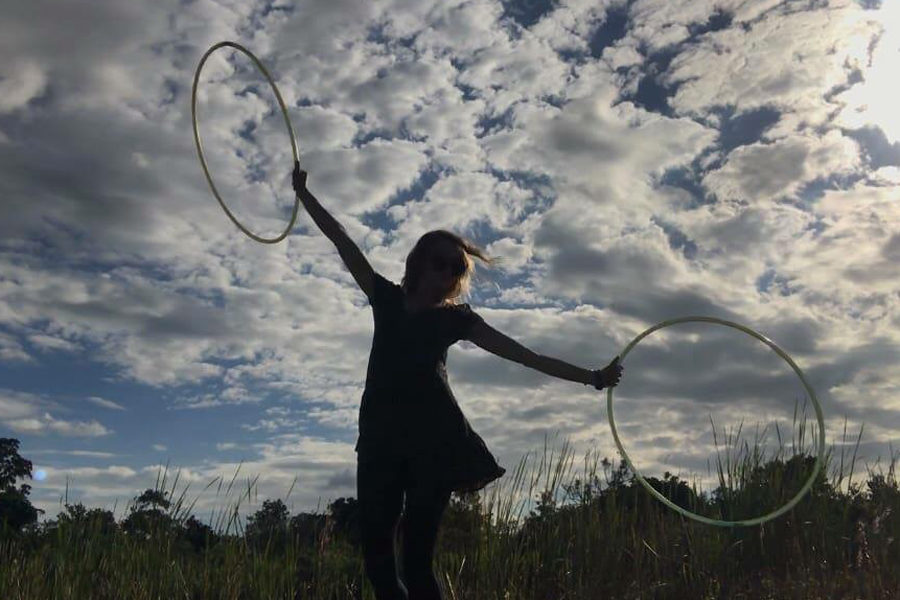 By Katie Athey and Bridget O'Toole

“It sucks you in pretty quick and I didn’t really have a choice after that but to use.”

Bri Steckbeck, Middletown High School class of 2012 graduate, was 15 when she first started using opioids. Pills were her drug of choice in the beginning. And then it got worse. It wasn’t until she was 17 that she finally got clean.

According to the Frederick County Sheriff’s Department, there have been 41 fatal opioid overdoses in Frederick County as of Sept. 3, 2018. While the troubling trend began in the late ‘90s, opioid use and overuse has been on a rapid incline since.

Steckbeck’s story is not uncommon in the sea of usage plaguing young adults. Luckily for her, she got help. “I was pretty much forced into treatment as a 17-year-old, but it saved my life,” she said.

Steckbeck started using opioids after dating someone who was older and a bad influence on her. He got her into pills and “pretty much did all of the harder parts” for her. After using pills for some time, she said, they “just weren’t enough.” Similar to the story of many opioid addicts, she started using heroin due to its affordability and accessibility.

By the time Steckbeck was 17, she was in the full throes of addiction. “It was a challenge just waking up and going to school every day,” she said. She missed copious amounts of school because she was either using or too sick to go.

Her mother began to find and save paraphernalia from Steckbeck’s room, and eventually her mother called the police.

“One day she obviously thought I was going to die if she didn’t do something,” Steckbeck said. Soon after, Steckbeck was arrested, deemed a danger to herself. She went to the police station for an interview and was put in jail “because obviously what I was doing was illegal.”

Because she wasn’t getting better, she was court-ordered to longer treatment at the Catoctin Summit Adolescent Program. “I think I was there for eight months total, and it wasn’t until the third treatment center that I realized that it was life or death,” she said.

After four months of the treatment, she “started to wake up” and began to see clearly again. “I started to realize what I was doing to myself and the harm I was putting myself through and that it was not going to lead me anywhere good obviously,” she said.

She said, “I also found my strength through it all, like by not using I was able to put my happiness first ultimately and that is really what recovery has taught me, always put yourself first.”

Since becoming sober, Steckbeck has been using her newfound strength to help others on their road to recovery. She said, “living a life of service for others really kept me sober.”

Similarly, MHS Resource Officer Andy Smothers has devoted 34 years of his life to service and keeping his communities safe. Since the rise in the usage of opioids, he has been having a harder time doing so.

Smothers has worked as a Supervisor of Deputies, giving him firsthand experience and knowledge about the epidemic. He has dealt with and performed CPR on numerous individuals who have overdosed and has seen usage “skyrocket.” The worst part, he said, “is telling the parents that their child didn’t make it.”

In his job as a school resource officer, Smothers sees his role as an educator to combat the epidemic. He said the best way to slow down the deaths is to “spread awareness, educate students and families and educate those who are addicted.”

“These students are our future,” he said.

Smothers is working to make it abundantly clear that NARCAN, a drug administered to treat those who have overdosed in an emergency situation, is readily available. With it, many who overdose may be saved from taking their final breaths.

However, licensed funeral director Courtney Stauffer of Stauffer Funeral Homes has seen many who didn’t have a second chance at life.

“My job is when the family has lost someone to addiction, I sit there and plan the funeral,” Stauffer said. In her funeral home alone, there were 30 deaths caused by overdoses in 2018.

Stauffer noticed the sudden surge in deaths, and felt it locally. “Kids who graduated from right here, Middletown High School, we’ve buried them,” she said.

She has noticed an obvious shift in the way that families choose to discuss the overdoses of their loved ones. Before overdoses were so common, families chose not to share the cause of death. However, now families are becoming more open to sharing their experiences, hoping their story will stop someone who could be heading down a similar path to their loved ones.

“More and more families are wanting to educate and let people know that this is  reality out there. People are dying, young people. It doesn’t matter background or race, it is happening,” Stauffer said.

Stauffer has found hope in sharing her story, and the stories of those she has buried, yearning to stop the epidemic in its tracks. “If that kid could see their mom and dad planning their funeral arrangements, they would have made some different choices,” she said.

Steckbeck has found hope in sharing her story, as well, giving advice to addicts in her community. “It definitely gets better and it gets better through hope and dedication and just believing in yourself and holding onto your strength. The hardships in life are what teach us about ourselves and give us the strength and the courage to move on,” she said.

To combat the problem, Steckbeck thinks the costliness of rehab must be addressed. She said, “You find people who spend hundreds of thousands of dollars just to go to rehab for 45 days.” In the face of that large bill, she believes rallying behind communities and forming more support groups are positive alternatives to rehab.

“A lot of the problems in the detention center stem from drug abuse, so it seems quite nice if we can have something right there for those folks who need the treatment,” Donald said. According to Donald, they have “set aside about $750,000” and are going to have different companies bid to run the facility and “hopefully help people who are in the crisis.”

In the face of such tragedy, Steckbeck sympathizes with addicts, “You felt like there wasn’t any way out, you felt trapped,” she said. “Find a new way of life, because getting high is not a healthy way of life.”