The Round Table • February 16, 2017 • https://www.mhsroundtable.com/featured/oscars/

Oscars countdown: The host matters the most 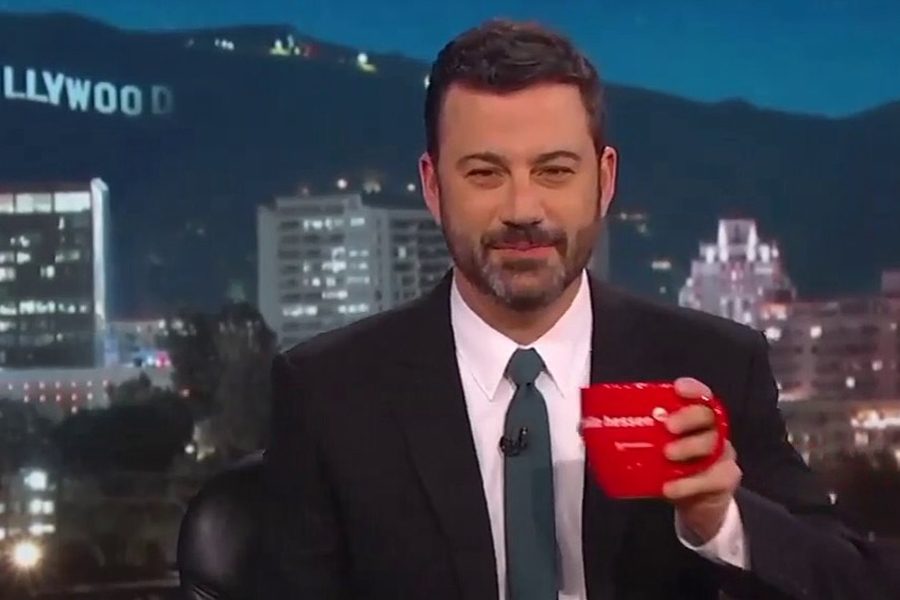 Jimmy Kimmel will host this year's Oscars on Sunday, Feb. 26.

By Meg Kady, Round Table reporter

The Oscars are only two weeks away, and my countdown begins. Award shows have been heating up TV screens across the nation, but with the Grammys on Sunday, and the all the drama it encompassed, people are even more aware that awards season is upon us.

Let’s start by looking at the basics of this year’s Oscars.

Location: Dolby Theatre. This location is just perfect. It has everything to do with old Hollywood glamour but does not lack in elements that make it feel modern and sleek. With 3,401 seats it is sure to be packed to the brim with the biggest stars and the biggest names in Hollywood.

It’s a guarantee that everyone will be talking about the man of the hour, Jimmy Kimmel. Kimmel will  be hosting the Oscars for the first time, although he does have some prior experience, having hosted the 2016 and 2012 Emmys. Kimmel will do a great job and please most of the crowd out there. He has a humor that most people like and don’t find too offensive.

While Kimmel is a famous Jimmy, Jimmy Fallon is more well known and has more of a reputation for being able to hold the crowd for what seems like the eternity.

There is a group of people that I consider “The Hosts”. They are the go-tos. There is a group in every generation, and this group is quite a strong one. I know that Ricky Gervais should not be my favorite, but I just can’t help it. I understand that he is quite offensive most of the time, but if you ask for him, you have to know that is what you’re getting. His humor is witty and always relevant.

However, I would have to say the king of timing would have to be Neil Patrick Harris. True, he hasn’t hosted in a while, but when he takes the stage, any worries I have leave my body. He is clean, precise and a professional in every sense of the word.

On the other hand, let’s be honest: We were all relieved to see that we were not going to have to watch LL Cool J try to host another run of the Grammys. He. Pauses. After. Every. Word. And. It. Is. Unbearable.

No worries, though, because this year on the Grammys and in performances past, James Corden was a smashing hit. He is well aware of where he stands in the world and has no problem making fun of himself. He mocks himself just enough that it doesn’t become overkill. I could easily stand to see him stay around for a while.

My question is: Where are the women? Sure, Tina Fey and Amy Poehler hosted the Golden Globes three times, but why not have them back for more? Ellen created history with her selfie, so why haven’t we seen her gracing the stage again? Anne Hathaway… well, maybe no James Franco and things would get better. I do think women have a harder time getting away with things on stage compared to men, but that doesn’t mean they shouldn’t be given a chance.

Will Kimmel rise to the occasion? Who knows? Someone could have hosted a thousand times, but each show and audience is different. The Oscars is always full of upsets and emotional speeches, and some crowds are tougher than others. But I think Kimmel is up to the daunting challenge of hosting the Academy Awards. I wish him luck.