The Round Table • March 17, 2017 • https://www.mhsroundtable.com/featured/should-students-be-allowed-to-wear-what-they-want/

Should students be allowed to wear what they want? 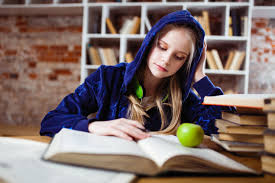 In school systems all across the country, dress codes are being enforced. Many people have complained about their student being sent home for wearing a skirt too short or a top with straps not thick enough. Personally, I am a firm believer that students should have the freedom to express themselves in school, however, I do understand concerns.

The common reason is that it distracts other students’ learning, however, the aforementioned students are nine times out of ten male students. It is always focused on how it affects the male learning, not the female.

When young girls are told they look inappropriate, it puts a permanent thought into their mind. Everytime they dress, they think “Do I look inappropriate?” From personally experience, it makes you feel self-conscious, until you accept that you can’t help your body is shaped the way it is.

In all honesty, I really feel like if a shoulder is out it’s not a big deal. I mean, what teenage boy gets turned on by a shoulder, normally covered with hair anyway. It’s things like these that can lead to self-image issues in young girls. We’re expected to look a certain way and act a certain way, when that’s not who we are.

In my own time in the public school system, I have had multiple instances where I’ve either been told by a teacher or given a snarky look for what I was wearing. I’ve been that girl who wore what she wanted ever since I was little. It didn’t matter if it looked horrible, which it mainly did, or if it looked great, it was what I was wearing. As I got older, I developed my fashion sense and learned what I liked and didn’t like.

I had a teacher, that it seemed as if every other day I was being told I needed to cover up, when what I was wearing had me fully covered already. What made all of these situations worse, was the fact that they were female teachers, who you would think understood how fragile of a subject it was.

You can take two identical shirts and put them on a flat chested and a large chested girl. It’s appropriate for the flat chested, but not the large chested because maybe cleavage is showing. It’s a double standard.

I always thought “if my mom was alright with me wearing it, why should anyone else care?”

When you have a student that has a larger chest, it’s hard to hide. No matter what you try, cleavage is inevitable, and for someone to make you feel bad about something you should be proud of is not ok to me.

There are male students who wear muscle shirts to school, even though they are also against the dress code, and are never spoken to. As a female, I can tell you that that could be distracting, but we can stay focused to learn.

If our focus isn’t a concern, why are men’s? I don’t personally feel as though it’s fair that us, as females, are held to a higher standard.

Whenever I think about dress code problems, I think of the court case Tinker v. DeMoines. In that case, students were suspended from school for wearing black armbands protesting the Vietnam War until they would return without them.

Dress code problems remind me of this in that they just wanted to express themselves.

When students dress for school, what they wear is to express themselves, nothing more. I feel as though dress codes are mainly to try to avoid controversy, even though it isn’t certain that there would be.

To me, students wearing whatever they want is more than just to wear whatever, it’s part of our freedom of expression. For students to not be able to express themselves is horrible, and should never be a reality.