The Round Table • October 20, 2016 • https://www.mhsroundtable.com/featured/supernatural-season-premier/ 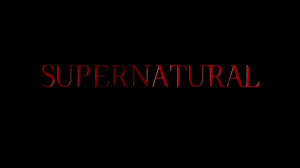 Season 12 of the popular CW show “Supernatural” premiered on Thursday, Sep. 13, and it was surely one to remember.

The 11th season of the show ended in a suspenseful cliff-hanger (as all “Supernatural” seasons do) when Sam and Dean’s mother, Mary Winchester, who died in the first episode of the first season, was resurrected by the season’s “big bad,” Amara, also known as the Darkness. Amara and her brother, God (known in human form as Chuck Shurely) became friends again during the episode and were no longer trying to kill each other. A new problem was also introduced when the London chapter of the Men of Letters kidnapped Sam and claimed they wanted to kill him.

This ending left fans confused and wanting more. Will Sam and Dean possibly make an alliance with these people? We’ll just have to see how season 12 plays out.

The first episode of the new season began right where the previous season left off: when Dean sees his mother alive for the first time in 33 years. Mary was extremely confused and didn’t know that the man in front of her was, in fact, her son, as the last she saw him was when he was four years old.

Once she realized that she had come back from the dead many years later, she had difficulty processing it. However, Mary and Dean shared some heartwarming mother and son bonding moments. It was extremely satisfying to see interactions between them because throughout the entire show she has been only mentioned in past tense, except for when Dean went back in time and met her.

The two go back to the Men of Letters bunker where they find Castiel, having just fallen from Heaven and fuming with aggression for some unknown reason. After seeing blood on the floor, they determine that Sam was taken by a blonde British woman, who is human. They then set out to find Sam, who is still unaware that his mother has come back from the dead.

Mary also notices all of the social changes that have happened over the 33 years she’s been gone. Looking around at a restaurant, she sees a group of children and their parents on smartphones or tablets. It amazes her but she seems slightly sad at the same time.

Meanwhile, the British lady (whose name is still unknown) chains Sam to a chair in a dank basement. She attempts to interrogate him but, as usual, Sam refuses to cooperate. She proceeds to torture him with a cold-water shower, but Sam has endured much more than a little cold water and remains quiet.

The audience is also shown what Crowley has been up to since Amara and God made up. He’s been tracking Lucifer, who is weak and jumping from vessel to vessel. Crowley intends to kill him and take back his rightful place as the King of Hell.

By the end of the episode, Dean, Mary and Cas have obtained the phone number of the lady who has Sam, but they don’t know where to look for him. The episode concludes with Dean reassuring Mary that, although she didn’t want the boys to grow up in the life her family lived, they are making the world a better place by “saving people and hunting things.”

Personally, I loved the episode and couldn’t have imagined the reintroduction of Mary Winchester any better. I had no clue how they were going to pull it off, especially because she has been gone for so long and has missed so much of her sons’ lives.

Her confusion with her newly regained life and modern culture was expected, and Samantha Smith (the actress portraying Mary) accurately captured this through her facial expressions throughout the episode.

It was amazing to watch Dean and his mother interact. Dean missed out on all of these bonding moments growing up because they lost her when he was only four years old. It is clear that he enjoys getting to spend time with her and even shows emotion, which is completely unlike his normal “bad boy” personality. It fills a gap in the hearts of the viewers as well to see the two together and to see how much Dean enjoys the time he is getting to spend with his mother.

On another note, I believe that the introduction of the British Men of Letters is confusing and redundant. The purpose for bringing the new group of non-hunters into the show isn’t clear to me yet, although it may be revealed later this season.

One of the largest arguments of the show is whether or not it should continue to be renewed. The creator, Eric Kripke, intended to end the show after season five when Archangel Michael (using Adam as a vessel), Lucifer and Sam are put into Lucifer’s cage in Hell. Castiel returns, claiming he was resurrected by God and, in turn, resurrects Bobby and heals Dean’s wounds from Lucifer’s blows.

Some claim “Supernatural” should have ended at this point and that it has dragged on for too long. However, fans of the show became upset that Sam was essentially dead and convinced the creators to continue with the show.

With the show now entering its 12th season, fans are not sure how much longer the show will go on.

I am in favor of the continuation, as I feel the show has gotten better with each season. Its popularity has also increased greatly. The writers have introduced so many more aspects to the show since season five and have kept my interest the entire way through. I cannot wait to see where they choose to take the show from here and will be intently watching the entire time.

Catch the newest episodes of “Supernatural” Thursday nights at 9 pm on CW.