The Round Table • April 20, 2021 • https://www.mhsroundtable.com/featured/theater-vs-streaming-movies/ 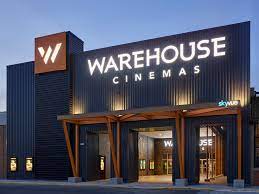 With the COVID-19 pandemic, going out to the movie theater has been very difficult as most theaters closed and movie studios, such as Disney and Warner Brothers, have opted to release movies with either a straight-to-streaming or hybrid-release model.

Disney uses Disney+ to have Premier Access in which subscribers can purchase movies and keep them as long as they are subscribed. Warner Brothers uses HBO Max to have a hybrid release in which movies premiere on HBO Max the same day as theaters and remain on the streaming service for 30 days.

Big movies from these studios under their special releases include “Raya and The Last Dragon,” “Mulan” (2020) and the upcoming “Marvel Studios’ Black Widow” for Disney+ Premier Access.  Warner Brothers started the HBO Max plan with “Wonder Woman 1984” last Christmas and movies such as “Godzilla VS Kong” and “Tom and Jerry” have already been released. It will continue with upcoming movies such as “Mortal Kombat” “In The Heights” and “The Suicide Squad,” as well as the rest of Warner Brothers films this year.

Middletown High School students shared what they have done with getting their film content and how they plan to get it in the future. Seniors Lars Lynch and Justin Lynch haven’t been to the theater since the COVID shutdowns started. Justin Lynch said, “The last time I went to a movie theater was in February 2020. I saw ‘Birds of Prey’.”

They have also been using streaming platforms for getting content even if they aren’t part of the special releases they still turn to these services for entertainment.  The last films Lars Lynch and Schmiel have seen were the older films “Happy Gilmore,” “Caddyshack” and “Superbad.”  Justin Lynch most recently streamed “Zack Snyder’s Justice League” but plans on using HBO Max for “Godzilla VS Kong” soon before it leaves the platform.

Some students who have Disney+ or HBO Max have an opinion on which service’s release model is better.  Schmiel is a Disney+ subscriber so for “ease of access I would choose that one.”

Justin Lynch prefers Disney+ over HBO Max because “it is so much simpler to use.” He also said the family friendly content is great for spending time with the family and, as a fan of Marvel and the Star Wars franchise, he picks Disney+ since those properties are not on HBO Max.

Precautions are a necessity in today’s world when going to the theater due to the pandemic.  Schmiel, who has been to the theater recently, does take precautions to ensure his safety and the safety of those around him.  “I have gone to the theater with my mask on because that’s the guideline set by the CDC, so I will follow that as long as I have to,” he said.

Justin Lynch has not been to the theater since the pandemic started, but he said that when he does return, “the precautions I would take would be to continue wearing a mask and using hand sanitizer.  I would also avoid touching things like hand railings or door knobs which are things most people could be touching.”

For future plans on catching the latest films, Lars Lynch looks forward to getting back to the theater but also doesn’t mind catching new movies at home.

Schmiel prefers going to the theater to continue the tradition of seeing movies with his friends and plans to continue going since he is vaccinated and feels safe to go.

Justin Lynch plans to return for better quality than his TV and to avoid distractions from his family, as well experience seeing massive blockbusters with other fans.  Though he plans to return to theaters, he does see the positives in staying home as he can avoid driving and worrying about the time, he can pause and take bathroom breaks and he can enjoy the comfort of lying on his couch, compared to “sitting in an uncomfortable seat with someone kicking the back or a little kid screaming and crying during an important scene.”