The Round Table • February 28, 2017 • https://www.mhsroundtable.com/roundtable/news/new-businesses-confirmed-in-cross-stone-plaza/ 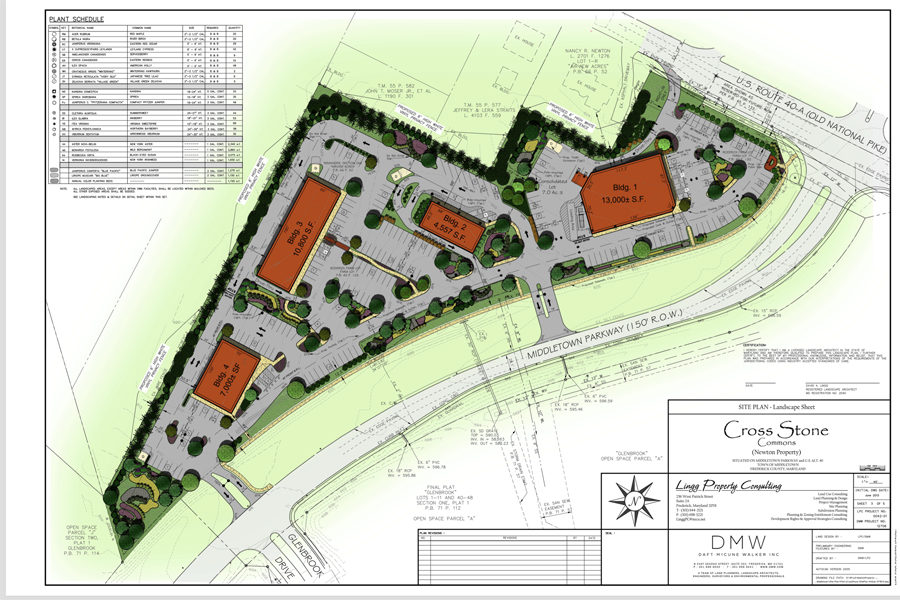 Blueprint of the finished Cross Stone plaza. The date of completion is currently unknown.

By Abbe Pannucci, Round Table reporter

Drivers passing the new shopping plaza next to CVS Pharmacy on Middletown Parkway see a half-constructed building, the future home to a Dunkin Donuts and Baskin Robbins, rising up amidst a large space set aside for potentially even more construction. As the construction continues, town residents wonder what additional businesses will fill the extra space.

According to Middletown Burgess John Miller, there will be a Mexican restaurant called Cinco De Mayo and a nail salon called Harmony Nails and Salon constructed in the new plaza, called Cross Stone.

The construction of the Dunkin Donuts/Baskin Robbins part of the building is estimated to be finished by March 1, with the business opening up by the end of May. The projected date that the other businesses will completed and open is unknown.

The final plan for the plaza will consist of four individual buildings in total. The current CVS is in building one. Baskin Robbins, Cinco De Mayo and Harmony Nails will be in what is referred to as building three, which is currently being built. Building two is a smaller building that will have a drive-thru and likely be a bank. Building four will be a larger stand-alone building.

The property that the development is taking place on is now owned by Hogan Properties (as in Maryland Gov. Larry Hogan). A local resident originally owned the property, formerly a farm. The developer then bought the property and put together a plan, which then had to be accepted by the town burgess and commissioners. Once accepted, the planning commission of Middletown outlined the design of the property.

The same process is implemented for all other new developments around Middletown, such as Middletown Glen.

Miller said the new plaza will “certainly bring an increase in traffic and business to the town… and will add to the commercial tax base.”

The owner of the Dunkin Donuts is a local Middletown resident, said Miller, and is interested in hiring local high school students.

“We are trying to provide family-centered businesses for the Middletown residents and larger community,” added Miller.
In addition to Cross Stone, there are two other sites in town that could potentially be developed in the future. The old town hall across from Subway and the former lumber and supply company next to BP on Main Street are both likely spots for future construction. Dempsey’s Bar and Grill inquired about changing its location to the empty building next to BP; however, the business will not be moving there.