The Round Table • June 7, 2019 • https://www.mhsroundtable.com/roundtable/opinion/2019-tony-award-predictions/ 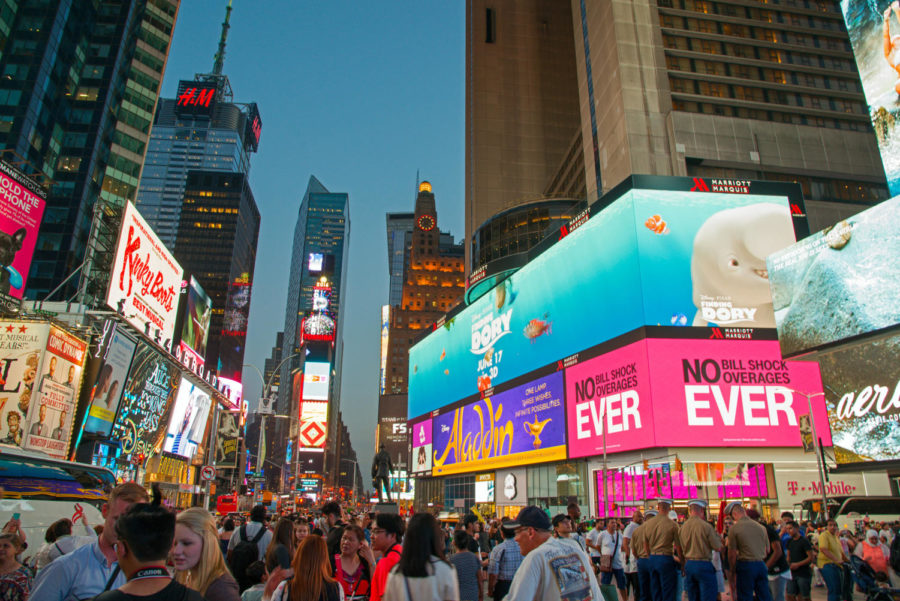 As June is coming up, theatre lovers grow more excited for the biggest night on Broadway, the Tony awards. A night where the Broadway and theatre community comes together for a fun night to see incredible performances and to support other creators with the awards.

This year the hit musical Hadestown leads with 14 nominations, followed by Ain’t Too Proud with 12 and Tootsie with 11. For the plays, The Ferryman and the stage adaptation of Harper Lee’s To Kill a Mockingbird lead with 9 nominations each.

The highly coveted award of Best Musical will fought for by Ain’t Too Proud, Beetlejuice, Hadestown, The Prom, and Tootsie. In the lead appears to be Hadestown followed closely by Beetlejuice and Tootsie.  The beautiful love story of Orpheus and Eurydice that is portrayed in Hadestown is my pick for the title of best musical. Though Tootsie brings a lively element to Broadway, the pure beauty of Hadestown and the wonderfully written score by Anaïs Mitchell creates a truly new world for theatre goers.

The nominees for Best Play are Ink, Gary: A Sequel to Titus Andronicus, Choir Boy, The Ferryman, and What the Constitution Means to Me. Jez Butterworth’s critically acclaimed, The Ferryman directed by Sam Mendes is my pick for the winner of this award. The beautiful tale of the Carney family has been called one of the greatest plays of the decade. The show is incredibly human and is relatable for everyone who sees the show.

The most difficult choice to be made is probably for the two remarkable musicals for the category of Bet Revival of a Musical. Kiss Me, Kate and Oklahoma! are neck and neck for this award. However, Oklahoma! will be my choice as the winner. The new staging of the iconic Rodgers and Hammerstein musical and brand new interpretation creates true unity between the cast and audience. Perhaps the most intriguing aspect is that it is in the Circle in the Square Theatre, a theatre where the audience completely surrounds the stage, which allows the audience to get a different experience with every seat.

The award of Best Revival of a Play is hopefully going to the new revival of Arthur Miller’s All My Sons which is incredibly well deserved. The beautiful revival, lead by Tracy Letts and Annette Benning, retells the story of the Keller family following World War II and a long-hidden secret being revealed. The brilliant book by the late Arthur Miller is reason enough for the show to win the award, but the exceptional performances make it all the better.

Following all the incredible male performances are the brilliant women in the categories of Best Actress in a Leading Role in a Musical and Best Actress in a Featured Role in a Musical. Caitlin Kinnunen from The Prom is my choice for her phenomenal performance as Emma. Though her performance may be overshadowed by three-time nominee Stephanie J. Block for her portrayal of Cher in The Cher Show. However, Kinnunen gives one of the most beautiful performances of the year. Amber Gray is also my choice for Best Actress in a Featured Role in a Musical. Gray’s performance as Persephone is electrifying and really stands out among all the other incredible nominees who are all deserving of their nomination. Gray is astounding next to Patrick Page and the chemistry between the two is undeniable and is not to be ignored.

Though Broadway has many hit musicals, many of this seasons plays are some of the most astounding pieces of theatre to date. The performers in these shows that are nominated for Best Performance by an Actor in a Leading Role in a Play and Best Performance by an Actor in a Featured Role in a Play. The tough choice for the leading actors between Jeff Daniels for his performance as Atticus Finch in To Kill a Mockingbird and Bryan Cranston in Network. Though Daniels gives a great performance, Cranston is my obvious choice to take home this award for his one of the most impactful performances to ever hit broadway. For the featured actors, Bertie Carvel is the clear choice for the award for his portrayal of Rupert Murdoch. Even with Brandon Uranowitz heartwarming performance in Burn This whose performance would have won any other year.

While all the performers in these shows are outstanding they would not be as great without the incredible books, scores, and all technical aspects. The scripts written for the musicals are all amazing but none come close to the hilarious script of Tootsie. Robert Horn shows off his incredible comedic side with a hilarious script that matches the hilarity of David Yazbek’s score. Though Hadestown has a more dramatic tone in the script, Tootsie shows off much more by being able to live up to the film. The score however is no match for Anaïs Mitchell’s Hadestown. The incredible music that clashes but makes something beautiful at the same time. The New Orleans vibe with the trombone and trumpet making the show more unique.

While all the shows are great by themselves, they all need direction to make the show even better and create a new world. The direction for the musicals and plays are some of the best in the past couple years. Sam Mendes transforms the Bernard B. Jacobs Theatre into a small home for The Ferryman and is able to change the mood quickly with his outstanding direction. Rachel Chavkin creates a new world for Hadestown making the simple theatre into a beautiful set of the underworld. The power both directors put into so much passion into the shows and leave audiences deeply thinking about the show they had just seen.

While there are many more technical awards some of the most obvious wins are for Best Costume for a Musical, Bob Mackie for his incredible costumes for The Cher Show, and  Best Set Design for a Play to Jan Versweyveld for his fully functional news studio in Network.

The Tony Awards will be hosted by James Corden on May 9 from Radio City Music Hall and is expected to be an incredible night for all theatre lovers.