The Round Table • December 10, 2015 • https://www.mhsroundtable.com/roundtable/opinion/mhs-student-shares-his-experience-at-mickeys-very-merry-christmas-party/

Mickey’s Very Merry Christmas Party was one to remember 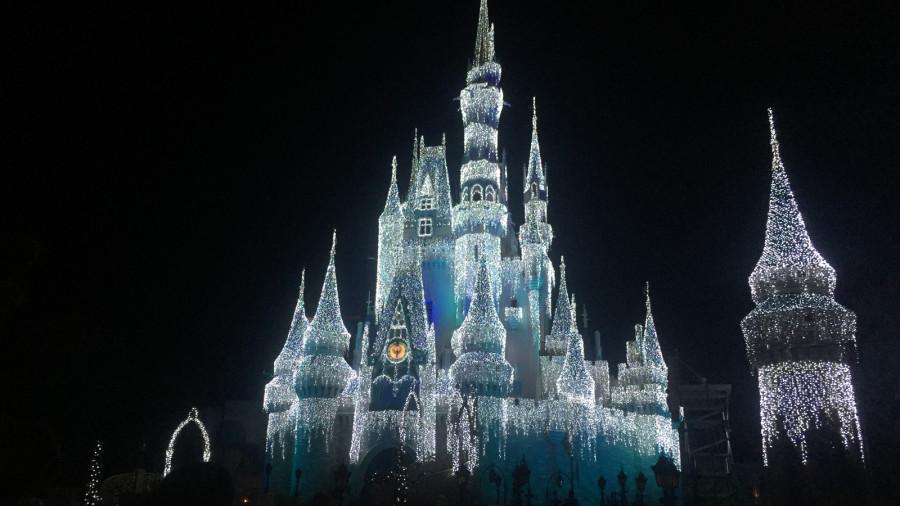 When we all piled onto the charter bus, our excitement was overwhelming. This was the part of our Orlando trip that all Quill and Scroll members were waiting for. Sure, the convention was definitely the main purpose of the trip to Florida, but after a long day of listening to speakers, a cool night at Walt Disney World’s Very Merry Christmas Party was the way to relieve some stress.

On the bus, all eight students that went to the party kept asking the same question to each other, “Are you ready?” Personally, I was really ready. I haven’t been to Walt Disney World since I was 8 and I barely remembered the park.

Before the trip though, I had to debate on going to this party. The cost of one ticket was $75.00. To me, that just was a small chunk of money that I had to pay for the overall trip. I just kept wondering if the experience I would have at the party was worth the cost of the ticket.

Our charter bus took us to The Dolphin, a Disney Hotel that provides transportation to the 4 main theme parks. The destination for the members of Quill and Scroll was Magic Kingdom: a theme park revolving around Cinderella’s Castle.

Magic Kingdom was opened for the whole day until seven o’clock in the evening. The reason for the park’s closing was because of the Very Merry Christmas Party. Anyone who didn’t have a wristband with the party logo on it was immediately escorted out of the park. Magic Kingdom was only open to those who spent the extra money for the ticket.

After we bought the tickets for the party, we entered into the amusement park to be welcomed by a mass amount of Disney World employees dressed up in holiday costumes and an enormous Christmas tree. Santa heads, candles, ornaments and gold tinsel adorned the beautiful sapling, bringing a comforting feeling to the whole experience.

In the distance was Cinderella’s Castle, lit up with white Christmas lights. The castle was surrounded by people from all over who were here to enjoy a magical Christmas experience. Magic Kingdom’s Main Street was also filled with waves of crowds walking towards the park.

At first, the park seemed overcrowded. But as the time passed, people without the Very Merry Christmas wrist band left, and the park emptied out a little bit. The couple of rides that I went on with my friends had short lines and took very little time to get on.

Besides the rides, the Light Show, fireworks and parade of the Very Merry Christmas Party, were very enjoyable. The light show included projections of Disney movie clips on the Cinderella castle, accompanied by current music of the 21st century, and even Disney music. After the Light Show, fireworks filled up the evening sky in a burst of lights and booms, with the music still playing. Finally, dancers, and floats came down Main Street of Disney’s Magic Kingdom, saying hello to all who had come to watch.

Overall, I thought the setting of Magic Kingdom gave off a light and fun vibe, and I definitely would go back again. The experience of the Disney’s Very Merry Christmas Party might have been mostly for younger children, but who says you’re too old for some fun?