The Round Table • December 13, 2019 • https://www.mhsroundtable.com/roundtable/opinion/opinion-people-have-become-numb-to-school-shootings/ 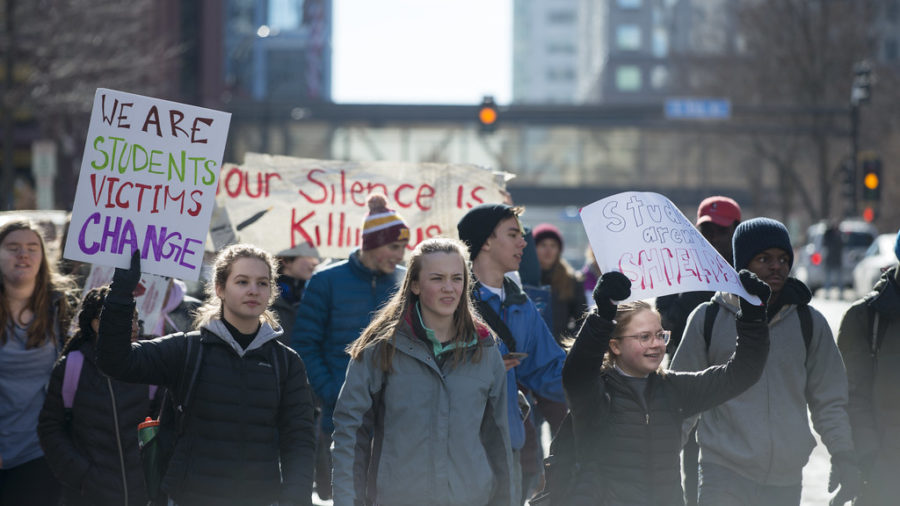 Over the past two decades, school shootings have become an increasingly prevalent aspect of society. One after the other, these events have flooded news stations and occupied the conversation of many Americans.

According to CNN, in 2019 alone there have been over 40 school shootings. This statistic refers to thousands of students, faculty members and families who will never be the same. There was a time when these numbers alarmed the general public to an extent where everyone seemed to be talking about it, but that time has passed.

Lately, school shootings have been getting much less attention, some almost going unnoticed.

The first mass shootings America experienced shook the nation and widened dialogue regarding the issue. Although this is disheartening to realize, after so many of these events, it is not exactly surprising to hear about a school shooting in the news. To put it simply, the general public has become numb to this kind of tragedy.

It is crucial that we do not stop placing attention on these events, because without change these tragedies will most likely continue and become a part of our nation’s history. Change does not always start with government officials; in this case, change must start with regular people.

After the Parkland school shooting in the early months of 2018, there was an uproar of student protest, even from the students at Parkland who witnessed the event. MHS hosted a walkout, where all students were invited to protest gun violence and honor the victims.

School walkouts were one of the first times students made their presence known and their voice heard. Student led protest marked the beginning of a new era; an era where students were growing up faster than necessary and seeing the world in a different light than previous generations.

As the shootings have become rather common in the U.S., conversation regarding the topic seems to become less common. This turns problematic when the tragedies do not cease, but the conversation does.

Students do not deserve to go to school and not feel safe. Students should not have the worry of a shooting in the back of their minds. Despite this, students live in this time period and future students will have to understand disturbing time periods like this, but I hope they are not still living in one. Although it is not a topic people enjoy addressing, nothing has ever been so necessary to talk about.