The Round Table • October 12, 2018 • https://www.mhsroundtable.com/the_latest/mhs-boys-cross-country-team-nearly-wins-home-meet/ 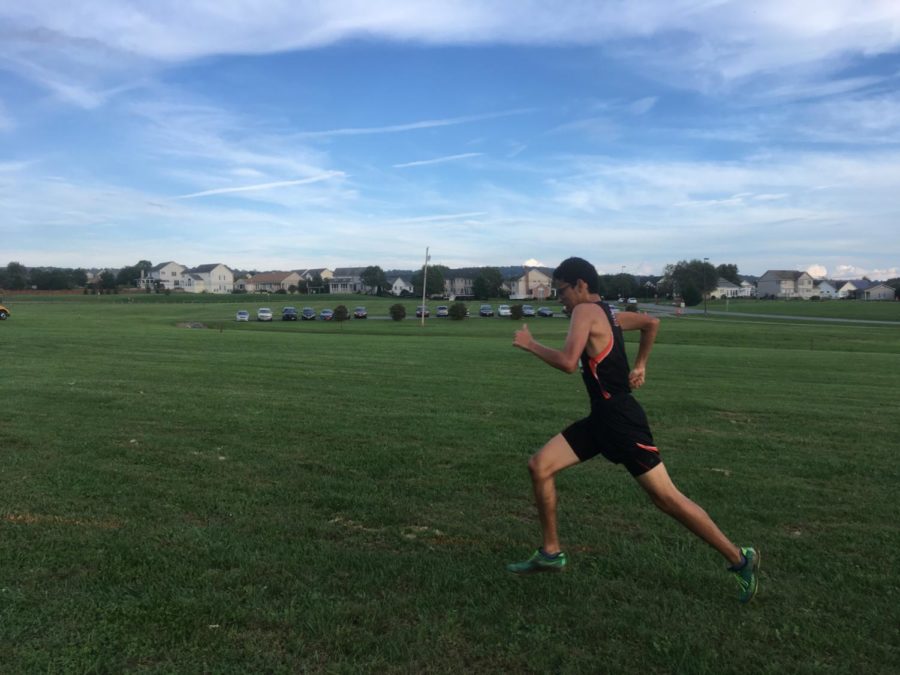 MHS senior Trey Dravvorn races to the finish with the Middletown horizon in the background.

By Baron Ropp, Round Table reporter

Whitesell said that the course was not too difficult because there was only about one hill.

Whitesell has a good chance to make States this year. At the team’s meet on the state course at the Bull Run Invitational on Sept. 22, Whitesel ran an 18:17, which could put him in a good position at States this year.

After being rescheduled, the meet only boasted a total of  four teams for each of its races.

After losing a senior class that highlighted names such as now-college runners Brennan Straits (Lynchburg College)  and Riley McDermott (Harvard University), the cross country team is still having a decent season.

The team also seems to be in good shape for the future with three of the seven varsity runners on the team being underclassmen (sophomore Spurrier and freshmen Ropp and Colby White), and two of those three runners are in the top five runners on the varsity team (Spurrier and Ropp).

The Knights will be competing in their next meet on Oct. 19 at Boonsboro High School for the CMC Championships, where the Knights will attempt to win the district.