The Round Table • June 14, 2018 • https://www.mhsroundtable.com/the_latest/profile-sante-esposito/

Sante Esposito, the making of a lobbyist 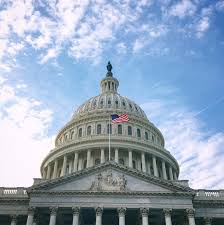 “It’s never about potholes or concrete or bridges or roads, it’s all about quality of life,” said Sante Esposito, the man behind Key Advocates, Inc., a lobbying firm based out of Washington D.C.

For those who do not know, a lobbying firm is a company who represents clients to various politicians or government regulators. When asked for a synopsis of his job, Esposito said, “We represent various entities before the executive and legislative branches of the U.S. government. Entities that want something. They either want money, or they want policy, or they want a guard against policy that adversely impacts them.”

Esposito acquired his undergraduate degree at Fairfield University and later attended law school at the University of Connecticut. Education in Esposito’s college years surrounded mostly around government and politics. Esposito said, “When I was in college, I majored in political science and the courses I liked most were government courses and those about congress especially.”

As for the plan behind attending law school, Esposito said, “Back in those days, most members of Congress and staff had law degrees. That’s the reason I went to law school.” Esposito then went on to work at the Connecticut General Assembly directly out of college.

A job in the lobbying field was not yet on Esposito’s mind after attending college, as from the General Assembly, he began working on Capitol Hill. “That was my dream,” Esposito said, “to be able to work for congress.” Esposito’s employment in Washington D.C. resulted in a 23 year long career on Capitol Hill. Regarding his time on the Hill, Esposito said that he “did a lot of fun things, interesting things, met a lot of interesting people, and I’ve been to a lot of interesting places.”

In 1981 during Esposito’s third job on the Hill, he worked for the Transportation and Infrastructure Committee. “That’s really been my area of focus,” said Esposito, who was then dealing with the infrastructure of the United States.

Esposito said that what he enjoys most about his job is when he is able to work on an issue which “translates into a positive difference” in one’s life. “That’s been the thing that’s been very rewarding to me throughout my entire career,” said Esposito.

“Every day is different,” said Esposito, “It just depends on what’s going on.” Each day’s schedule relies on what is going on in Congress or the White House and sometimes, the events of each day come as a surprise to Key Advocates, Inc. “You can go a couple days and think that you know what the schedule is going to be and what’s happening… and then all the sudden something pops up and changes everything,” said Esposito.

Although no one day is the same working in the lobbying field, there is one thing that remains constant. “The first thing we do every morning is we check the relevant press reports,” said Esposito.  “We subscribe to four or five daily press publications that focus on what’s going on in Congress and what’s going on in the executive branch…” During his morning ritual, Esposito and his coworkers review the news and determine if anything in the press pertains to their line of work. After that, anything can happen in a day working for a lobbying firm.

Throughout his career, Esposito has had many unique opportunities. An opportunity that has stuck with him was when he was able to work on passing “landmark legislation” while working on the Hill during the final years of the Clinton administration. Esposito said he “was able to successfully maneuver through a piece of legislation, which again, turned out to be landmark legislation.” During Esposito’s time on the Hill in the late 1990’s, he was able to take on many different committees, including the Budget Committee and the Appropriations Committee. Esposito said, “It was also a very interesting process, it was very challenging, very time consuming, a lot of effort put into it.” Although passing legislation required a great amount of effort from Esposito, he said the process was “very successful.”

As for Esposito’s firm, he opened Key Advocates, Inc. in 2006 as a result of the retirement of the senior partner of a firm he used to work for. After going back and forth with the previous owner who was willing to sell the firm, Esposito decided he could make it on his own. “I had some clients who were working with me at the last firm, and that was the beginning,” said Esposito. Twelve years have gone by since then, and Key Advocates, Inc. has continued to grow as a firm.

At a point in time, the lobbying field was all about taking care of one another. Esposito said, “… you took care of people. You take care of this person, and in return that person takes care of the other person.” As the field has changed, Esposito has come to appreciate how everyone must be able to “defend” their position nowadays. “It’s no more the smoke-filled back rooms,” said Esposito, “You have to know the process more so than ever before.”

In the twenty years Esposito has worked in the lobbying field, he has witnessed significant change. When Esposito worked on the Hill, Congress was a “bipartisan operation,” meaning two opposing political parties were able to work together.

At the time, Esposito was working in the transportation committee, the largest of the committees in the House of Representatives. Esposito said, “Everything we did on that committee, we did on a bipartisan basis, Democrats and Republicans working together.” Unfortunately, the “bipartisan operation” no longer exists in today’s Congress. “It’s a terrible situation in congress,” said Esposito, “… it’s partisanship to the extreme.”