The Round Table • February 13, 2020 • https://www.mhsroundtable.com/uncategorized/middletown-alumni-sean-mullican-makes-his-first-start-as-a-mountaineer-wrestler/ 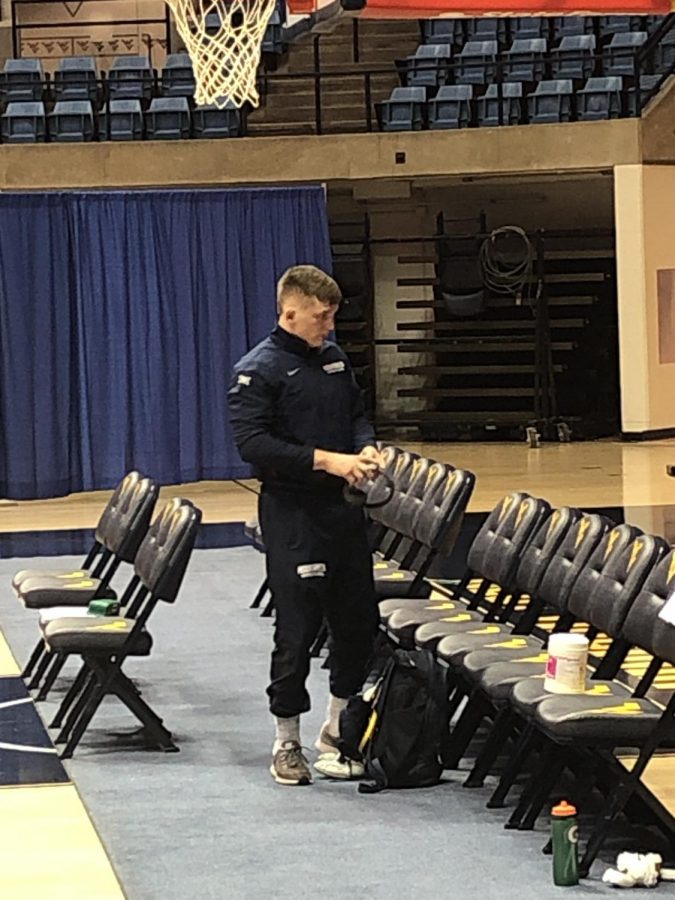 Middletown High School Alumni Sean Mullican has seen much success over his wrestling career, being a part of two state-championship winning teams in 2016 and 2017, as well as winning two individual state championships at 220, and Heavyweight his junior and senior years.  Almost three full years since the last states win, Mullican made his first start at West Virginia University Friday, Feb. 7 against South Dakota State University in place of an injured Brandon Ngati.

In a night of struggles for the Mountaineers, Mullican stepped up winning his match 5-2 against Blake Wolters of SDSU.  Mullican was up after an unexpected forfeit in favor of West Virginia’s 197 Noah Adams, and once he took the mat, he did not look back.

While it was not enough to seal a team win, the match was special with family and friends in the stands to cheer him on, as well as others watching the match from home.  Mullican gave them something to watch when with around thirty seconds left in the first period he took a single-leg shot and wrapped his arms around Wolters, lifted and dropped him to his back making the first takedown of the match.

Even though Wolters made escapes, Mullican did not back down taking him down again and getting an extra point from his riding time as how college works.

Then once the clock hit zero in the third period, and his hand was raised victorious by the official, Mullican raised one hand out to the crowd, giving the Mountaineers a positive end to an overall tough night.

When asked about what was going through his head before the match, Mullican said he was simply just focused on getting warm, by doing sprints and shots.  Still the fact that this was his first start got his “adrenaline pumping like crazy starting early in the day”, but he would not let that get him too excited because he “didn’t want to wear himself out.”

“I didn’t even look up to the crowd once until after the match cause i didn’t want to get psyched out.” said Mullican on his match.  “After I was super excited I got up and looked to the crowd and pumped my fist.” He later went to give hugs to his family in attendance, “it was a great feeling.” he said.

Mullican and the team after the match concluded got to autograph posters for the fans in attendance.  It was a good end to a special night for the former Knight.