The Round Table • November 4, 2019 • https://www.mhsroundtable.com/uncategorized/profile-feature-spokesman-shares-some-science-about-slithering-snakes/ 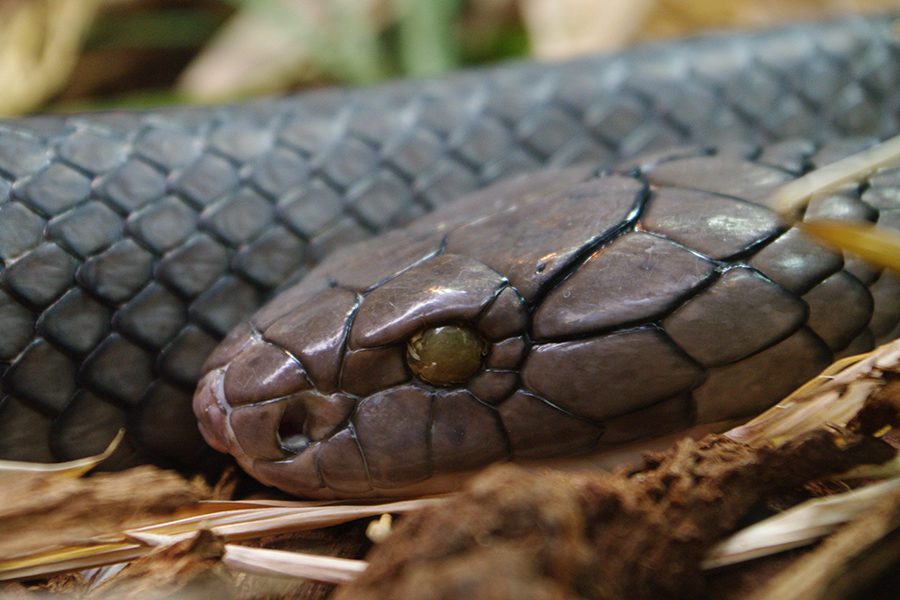 Snakes are thought by some people to be slithery and slimy, but a recent guest speaker at Middletown High School want people to know there’s a lot more to them than that.

Dr. Colin Strine, lecturer of ecology, spoke to MHS biology classes on Monday, Oct. 14, about his studies and reconciliation ecology of snakes in Thailand.

Strine studies the movement of snakes, their behavior patterns and conducts projects. The purpose of his projects are to figure out how snakes and humans can coexist.

Strine’s main current project is about the king cobra population. His fascination with king cobras is due to the snake’s reputation of being a top predator, that they are “large and iconic” and that they are “misunderstood”. In working on this project, Strine’s team has seen about 50 king cobras within the past seven years. Strine said they’re difficult to find because there is probably not many left and the “detection probability is low.”

Strine has been a lecturer of ecology for three years. He educates people all over the world, including Thailand, Malaysia, China, Philippines, Netherlands, Florida and Guam. Educating the people is very important because they need to know about how to live near or handle snakes. Strine said he educates the adults in the town because “towns are where the problems are actually happening.”

Strine was interested in studying science in college so he got his bachelor’s and honors degrees in ecology from Dalhousie University in Canada. He said he “always liked big picture stuff” and he “[wanted] to see what makes the world work.” Later, while conducting projects in Thailand, he earned his PhD.