Various events at the Great Frederick Fair appeal to all 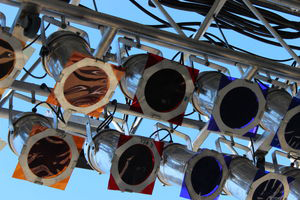 As the dust settles from the pounding feet of horses, preparations for the upcoming concert begin. The Great Frederick Fair hosts many events at its race track every year, including concerts, races and vehicle shows. The amount that fair-goers enjoy these attractions is matched by the amount of work that goes into organizing and conducting them, however.

A volunteer for the fair, Dottie Wood, coordinates the antique car show for Old-Fashioned Day by notifying car clubs in order to gather a variety to exhibit. During the parade of old cars, the vehicles’ makes, models, engines and other special components are announced and commented on. According to Wood this show is a tradition that “has been done for 40 plus years.” Most vintage car owners who participate “know about it from experience” or find out about it via The Great Frederick Fair website and event booklet.

Another much anticipated track attraction is the horse race. Martha O’Bryan, a horse owner who lives in the area, participates in the breeder show with her horse. She also volunteers at the race track by presenting award blankets to horse race winners. These embroidered blankets are awarded at the end of each race to the winning horse. Horse related events include the horse breed show and the harness race.

Sitting in the stands amidst drones of fans, many fair-goers wrap up their days by going to one of the many concerts put on by both huge names and lesser-known bands. Mainly hosting country music groups, The Great Frederick Fair holds concerts that are guaranteed to be a personable experience with a favorite singer. While it’s enjoyable to go to a concert, many people don’t stop to think about what goes on behind the scenes. An employee of Illusion Sound and Lighting, Todd Bochenko, is the “audio guy” for all the performances featured at The Great Frederick Fair. He runs “a couple hundred shows each year” in Maryland, Pennsylvania, Delaware, Virginia and even as far as Minneapolis, Minnesota. As soon as the last event is finished on Sunday, Bochenko will immediately pack up to head out to another carnival in Bloomsburg, Pennsylvania.

Between the races and concerts, entertainer Mark Hanak performs his act of “playing guitar, keyboards and singing.” Although this is only his second year of working The Great Frederick Fair, Hanak has experience performing at dances, church dinners and organization hosted events. His music is a source of entertainment for fair patrons before and after the harness race and other scheduled events.

The wide variety of events put on at The Great Frederick fair racetrack provides entertainment for the diverse people who attend the fair. The attractions are brought to the fair from locals as well as traveling acts which also allow an assortment of events for all ages. 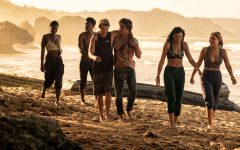 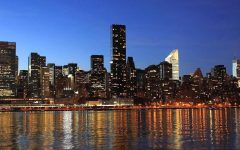 He walks the halls with a coffee cup in hand, securing the school building, making sure everything is in order. He stops by classes, to sit and observ... 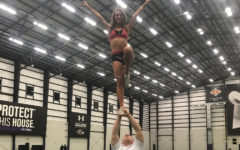 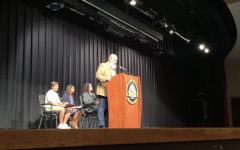 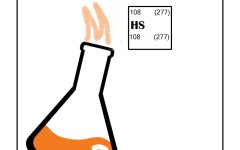 Logo made for Chemistry at MHS 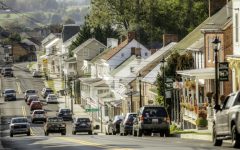 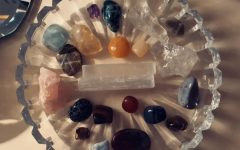 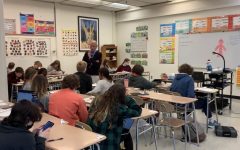